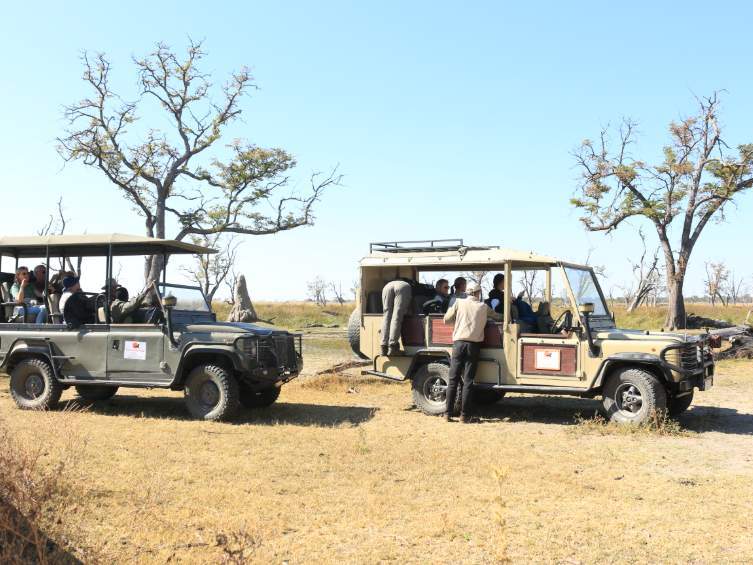 Our mobile safaris start or end in Botswana, Zambia or Zimbabwe depending on how the tour is booked. On this safari, we visit different parks and reserves like Moremi Game Reserve, Nxai and Makgadikgadi pan National Park, The central Kalahari game reserve, Khwai community area, Savuti or Chobe National Park. On our Mobile Safari, we sleep in 2.5x2.5m tents with comfortable bedrolls.

Alternatively, this tour can be booked with ensuite tents and beds. The toilets will be long drop toilets that are dug and covered with Kalahari sands after use. We use a bucket shower, and that gives you an opportunity to take a hot or cold shower as you want it. We stay in one place for a minimum of 2 nights before moving to another place. The tents will be put down and packed before moving to a new area where they will be erected again. Our meals will be prepared on an open campfire by an experienced chef cook.

We do. Morning and afternoon game drive in all places we visit to search for the array of wildlife. On these tours we are likely to encounter the big 5 games. 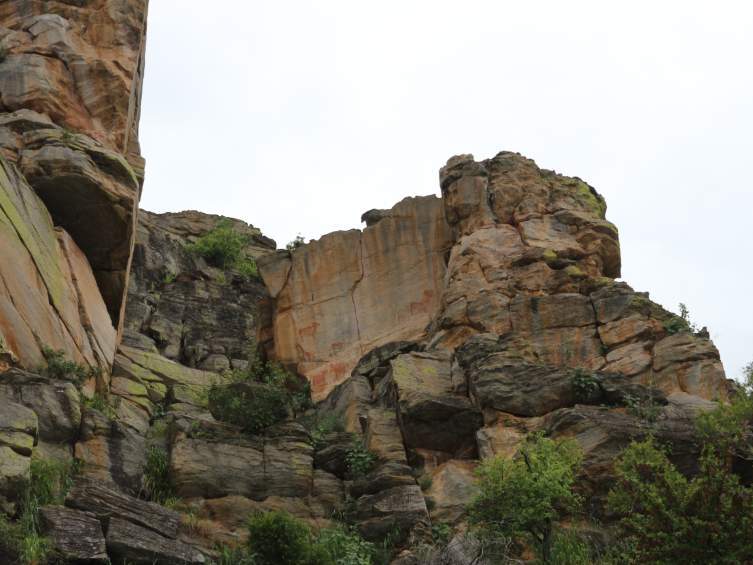 The San are the oldest inhabitants of Southern Africa, where they have lived for at least 20 000 years. The term San is commonly used to refer to a diverse group of hunter-gatherers living in Southern Africa who share historical and linguistic connections.

The San were also referred to as Bushmen, but this term has since been abandoned as it is considered derogatory. There are many different San groups - they have no collective name for themselves, and the terms 'Bushman', 'San', 'Basarwa' (in Botswana) are used. The term, 'bushman', came from the Dutch term, 'bossiesman', which meant 'bandit' or 'outlaw'.

This term was given to the San during their long battle against the colonists. The San interpreted this as a proud and respected reference to their brave fight for freedom from domination and colonization. Many now accept the terms Bushmen or San.

Like the first people to inhabit other countries in the world, the San have an unfortunate history of poverty, social rejection, a decline of cultural identity and the discrimination of their rights as a group. Yet, the San have also received the attention of anthropologists and the media with their survival and hunting skills, the wealth of indigenous knowledge of the flora and fauna of Southern Africa, and their rich cultural traditions.

San people speak numerous dialects of a group of languages known for the characteristic 'clicks' that can be heard in their pronunciation, represented in writing by symbols such as ! or /. Made up of small mobile groups, San communities comprise up to about 25 men, women and children. At certain times of the year, groups join for exchange of news and gifts, for marriage arrangements and for social occasions.

On this cultural tour, we walk with bushman people who unfold their wealth of knowledge for us to learn about their survival skills and get a chance to prepare fire by friction. We camp in tents and eat food prepared on a campfire. 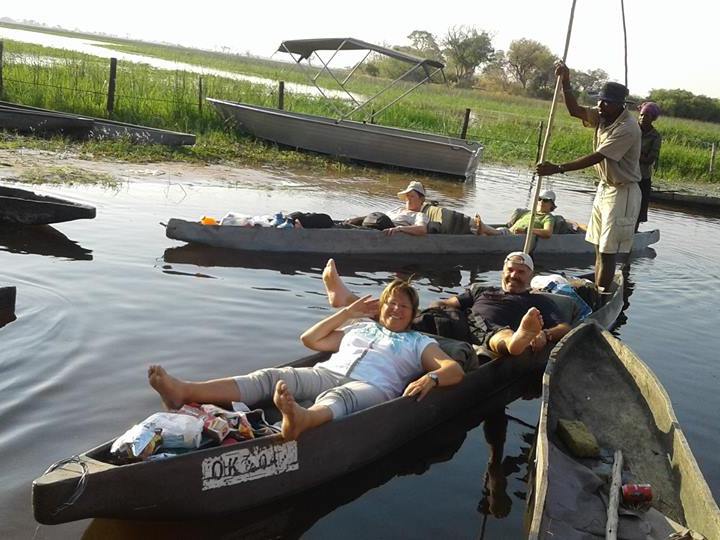 The Mokoro is a magic pirogue that sails softly and peacefully on waterways. It's a traditional mode of transportation that was introduced in the delta on the early 1750s by the Bayei tribe.

The Mokoro or (mekoro, plural), is a traditional canoe-like vessel commonly used in the Okavango Delta as a popular mode of transport, and now utilised for game viewing safaris. The Mokoro has become the iconic symbol of the Delta and is a popular way for visitors to explore the Okavango while on safari.

Originally, the only form of transport for fishing or transporting people and goods around the channels, these canoe-like vessels, approximately 20 feet or 6 meters in length, used to be crafted from tree trunks, which were painstakingly hollowed out using hand-tools. However, timber ultimately rots and results in more trees having to be cut down, a practice which is not environmentally sustainable.

So, in keeping with the times, the modern the Memories is constructed from moulded fibre-glass. Durable, long-lasting and environmentally friendly, it still maintains its character - the serene, dream-like gliding through the papyrus waterways will leave a lasting impression on you. The mokoro usually carries one or two passengers, while the boat-man stands at the stern using a long pole called a "ngashi", to pole or push the mokoro forward. Local boat-men are able to move with considerable speed and maneuverability as many have perfected this lifelong skill. The skilled locals who operate the mokoro are commonly known as 'Polers'.It was commonly agreed upon, that only certain trees should be used in their construction. The trees should be older and straight for the desired buoyancy and shape to be achieved. Jackalberry Trees, Sausage Trees and Marula's were some of the preferred choices used in the crafting process. The long branches of Terminalia trees are used to fashion the poles.

The trunks of these trees were hollowed out with tools such as hatchets. However, before the introduction of metal implements, people made use of controlled fires to hollow out the trees. The burnt wood was then chopped away with a curved chopping blade called an axe, until enough was removed so that the boat became buoyant. The last phase of the building process demanded that the boat be crafted to create an elongated and streamlined shape with distinct points at the bow and stern. While the demand for mokoros has steadily increased over the years in Botswana, certain problems arose concerning their production and the impact it has on had the environment. Although the Delta region is more than able to compensate for the number of trees needed to make mokoros, the fact that only older trees are preferred has, in turn, had a specific impact on this environment.

As such, tourism in the Okavango Delta promotes the use of fibreglass mokoros, which is what you will find being used by all the Delta camps and lodges today. The Mokoro excursion is a very popular activity in the Okavango Delta among guests who travel to Botswana. It is an opportunity to fully experience the sounds and sights of nature without running the risk of scaring off animals with a motor and is thus a highly recommended expedition for photographers. Guides that command mokoro are highly knowledgeable about the environment and as such these trips are considered safe and enjoyable.

Some people describe a mokoro trip as one of the most peaceful experiences they have had. Imagine gliding through water that mirrors the sky above, brushing past reeds which are home to tiny brightly coloured frogs, and approaching an Elephant - ear deep in the water and happily munching reeds. Imagine witnessing an amazing variety of birdlife, or catching a glimpse of Lechwe or a rare Sitatunga antelope. On this tour, we go on a majority to an island where we camp will local inhabitants as our guides. we sleep in 2.5x2.5m tents with bedrolls. All meals and marshmallows will be cooked or roasted on the campfire. Here we do walking safaris and mokoro excursions for a minimum of 2 nights before returning to Maun for our onward travels. We see an array of birds and wildlife on a river tour or walking safaris.

What our Guests Say